Hammersmith and City are the two twins of the Underground. They like happily arguing and attempting to outsmart each other.

Two fast and furious trains, Hammersmith is a general knowledge trivia genius, while City is a whiz at maths and loves banking. The two are inseperable, but can get on each other's nerves at times, particularly when stressed.

The twins are both painted silver with their logos on the side of their carriages. Hammersmith has a purple rooftop and blue glasses, while City has a yellow rooftop and purple glasses. 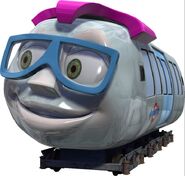 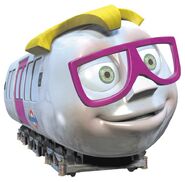 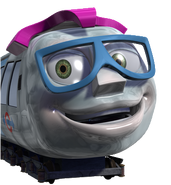 The twins stuck on the loop-de-loop 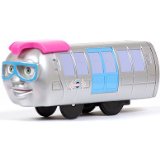 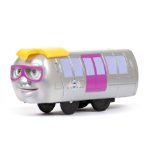 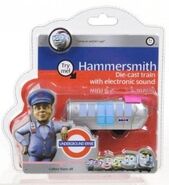 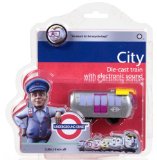 Hammersmith on a jigsaw puzzle
Add a photo to this gallery
Retrieved from "https://underground-ernie.fandom.com/wiki/Hammersmith_and_City?oldid=9735"
Community content is available under CC-BY-SA unless otherwise noted.